Deter and Delay Is No Longer Enough: How Inpixon Can Help Focus Response Resources and Improve School Safety 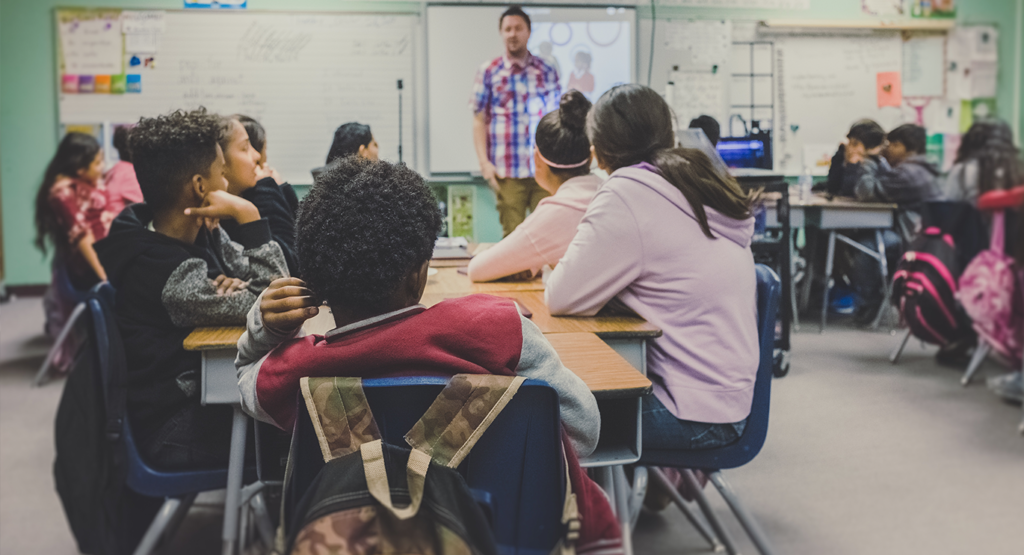 Recent events have pointed out the need for new and enhanced approaches to safety and security in schools. While the truth is that active shooter events are rare, the reality is that every school needs to prepare and take steps to minimize the possibility of and the damage that can result from such an event.

Basic security principles define three major functions of a security program: deter, delay, and respond. Understandably, much of the activity around making schools safe and secure have focused on the first two — installing video cameras and controlled access systems, providing ways to lock down buildings and rooms in the event of an emergency, installing metal detectors, etc. But the real damage occurs once the event happens — whether that event is a shooter in the school or a natural disaster, like an earthquake or fire.

At that point, the focus shifts from deterrence and delay to response — getting resources to the places where people are in need of help, whether those persons are students hiding in a classroom or those trapped in areas after a natural disaster. Schools and first responders need a way to know where people are, and just as importantly, where they are not, in as close to real-time as possible, Every second counts. But in an emergency, how can first responders know where to go in order to be most effective?

Are students hiding in a classroom, trying to reach 911 on their cell phones, or texting their parents for help? If they reach 911, can they safely speak and tell responders where they are? Are they moving from one part of the building to another, which can provide valuable information about the location and movement of the threat? Has a fire or earthquake trapped some students in one part of the building?

The Inpixon Indoor Security solution, Inpixon Aware, can provide that kind of data, dynamically and in near real-time, by detecting and graphically positioning students’ mobile phones and other wireless devices such as tablets and smart watches, items that just about every student carries at virtually all times.

Inpixon’s passive, multi-frequency sensors can provide school authorities and responders with up-to-the-minute information about where students and staff are by positioning the devices they carry on graphical floor plans.

Devices detected by the sensors are displayed on the Inpixon Aware software which graphically displays the location of all wireless devices in WiFi, Cellular and Bluetooth bands, as well as other RF devices like active personnel tags on uploaded school floor plans. School security personnel can see, virtually in real-time, where students and staff are, and if they are on the move, where they are heading.

The graphic below shows large numbers of devices gathered in classrooms 108 - 111 in the lower right section and few or none near classrooms 102 - 104 at the top. The lone device shown at the top could be a target from which others have fled. First responders could be directed to classrooms 108 - 111 and could also be warned about the direction of the possible threat. Armed with that information, precious minutes and seconds — which could make the difference between positive or disastrous outcomes — are saved. 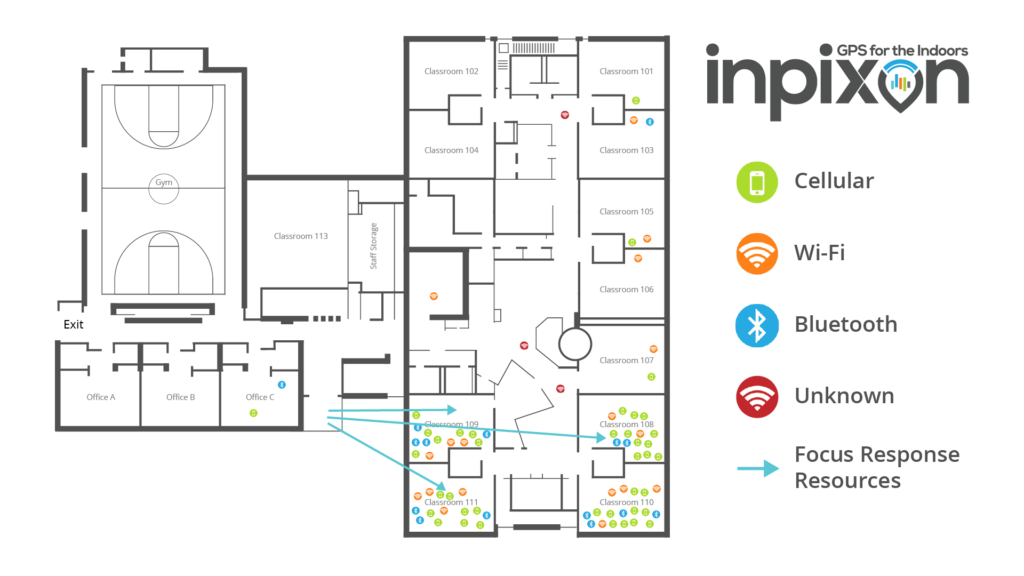 An industry veteran and leader, John Piccininni is a business development and channel sales management strategist who develops long-term relationships with channel partners and users to grow brands. During the past 25 years, John has built partner networks, opened markets worth several billion dollars, and managed large-scale, complex sales for sophisticated identity-based physical security solutions that span the globe. John holds an MBA from Loyola Marymount University.

2019 Hackathon: Building a Culture of Innovation & Integration at Inpixon

Outdoor-Indoor Tracking & Navigation: Safety Inside and Out