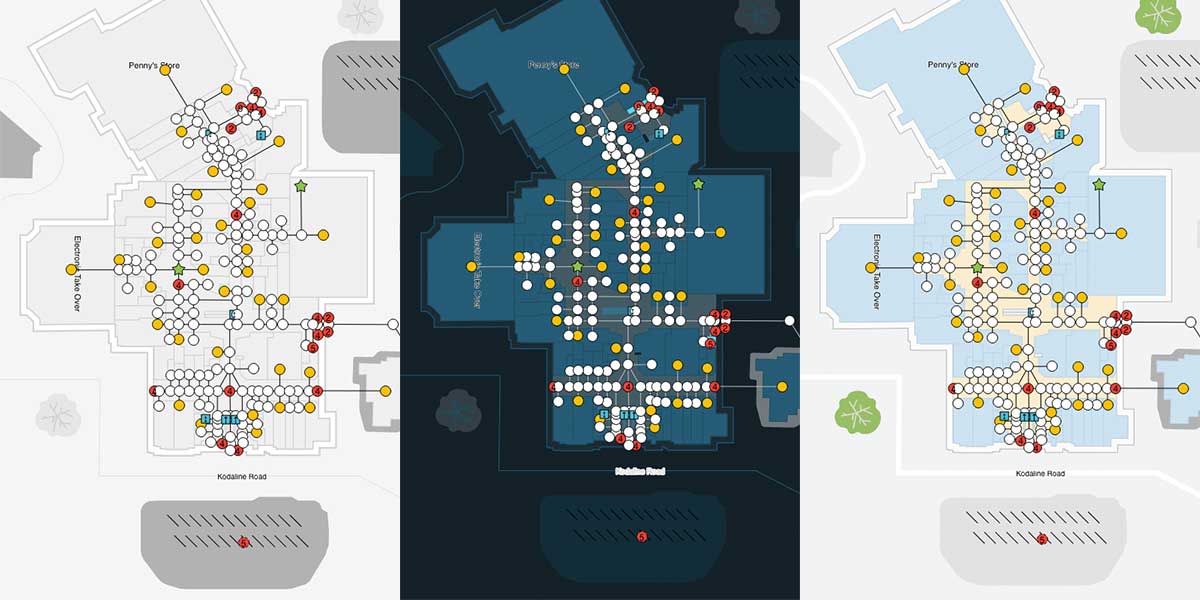 TORONTO, December 6, 2018 -- Jibestream, the premier indoor mapping platform provider, announced today the release of powerful new features and functionality that provide Jibestream users with an enhanced experience while styling and working with maps in the Jibestream content management system (CMS).

The new release introduces map templates, enhanced path and waypoint plotting, automated label box creation, an extensive library of amenity icons, along with a series of further CMS advances that help users get the most out of their Jibestream solution.

Map Templates, which provide a series of pre-styled map designs for easy styling options, allow map managers to change the look and feel of a venue’s map from the Jibestream CMS in seconds - without having to do any coding. When selected, styling is automatically applied to all aspects of a venue’s map including objects, layers, labels, paths, icons, and SDK UI elements, significantly reducing the amount of time it takes to style a map. This new feature also comes with the ability to generate web-based previews making it easy to see how maps will appear in the client’s application and to share the preview for review purposes with stakeholders.

"Earlier this year we released the Map UI Kit which enabled users to add pre-made interactive control elements to a map reducing the amount of code a developer would have to write by 87%. With Map Templates, customers can save even more developer time," said Jon Barnett, Vice President of Engineering at Jibestream. "Pre-defined styling provides map managers with a choice of map palettes, without having to rely on developers to implement the changes within the application."

Other significant time savers include the new Snap to Path feature which simplifies the process of drawing paths and plotting waypoints on a map and the LBox Generator, which automatically creates label boxes for map objects when uploading maps to the Jibestream CMS. The amenities icon library, reconfigured Map Manager search and Map Editor enhancements also contribute to extensive time savings while creating a simplified and intuitive experience for users.

Map Templates are available in the latest version of Jibestream’s indoor mapping platform. For additional information about this release, watch the New Feature Roundup video.

Jibestream offers the world’s most scalable platform that equips developers with the tools to add indoor #MapsInYourApps. Jibestream is renowned for their approach to making indoor spaces addressable by integrating business data with indoor maps.