The customer experience revolution is underway. Led by companies like Apple, Amazon, and Virgin Atlantic, these “experience companies” change lives, transform industries, and cause competitors to scramble for new ideas.

Take Virgin Atlantic, for example. Fresh from testing Google glasses, in order to deliver the industry’s most high-tech and personalized service to Upper Class customers, they’re now experimenting with Apple iBeacons to guide the same customers effortlessly through security.

How are they doing it?

iBeacons transmit a signal over a Bluetooth Low Energy network to your mobile device. The signal wakes up your Apple Passbook App and notifies you to get your boarding pass ready to scan as you pass a beacon in nearby security.

Traditional wayfinding, following directional signs around an airport terminal, is evolving into something far more powerful. As companies like Virgin Atlantic continuously strive toward creating a remarkable customer experience, we’re seeing the emergence of something we like to call “Experiential Wayfinding”.

The technology behind experiential wayfinding?

By now you’re familiar with GPS technology. Using it to get from point to point outdoors is almost second nature - albeit with some degree of trepidation. However, when it comes to the indoors, GPS is essentially useless.

To address this, WiFi has been used to improve indoor location wayfinding. Powered by existing WiFi infrastructure, visitors to your space enjoy access to a wireless network while you benefit from things like presence detection, average dwell time, and information regarding how many people are connecting to the WiFi. But WiFi alone lacks the accuracy and granularity required to create a remarkable customer experience.

All this is changing with the introduction of beaconing technology; small devices that transmit a signal using Bluetooth Low Energy to your mobile device. Beacons are bringing location awareness based on proximity to a device, and, because they refresh faster, are providing more accurate indoor navigation.

As an example, suppose Jill is visiting a hospital for a radiology appointment. She’s been to the hospital before and has their mobile app installed on her phone. The doctor who referred her has notified the hospital that Jill is on her way over. When she enters the hospital, the Mobile App is notified by a signal from a beacon and wakes it up.

This interaction notifies the hospital that Jill has arrived. As she enters the reception area, the hospital’s patient registration system gives her a wait time and number. As soon as registration is ready, Jill is notified of the counter she needs to go to.

Once registered, her application flips to an indoor map of the hospital and, using blue dot wayfinding, helps her find the radiology department for her appointment. 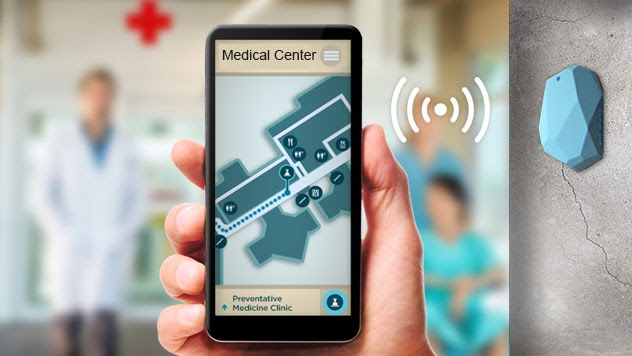 What are Beacons and iBeacons?

A beacon is a low-cost piece of hardware that uses the Bluetooth Low Energy (often referred to as BLE or Blue Smart) technology to transmit a signal. They are small enough to attach to a wall or countertop and they transmit messages or prompts directly to mobile devices.

The iBeacon is simply Apple’s label for their Bluetooth LE beacons technology standard. While Apple has been aggressive in this industry since early 2013, it’s worth noting that BLE technology works with Android devices from 4.3 and above.

Bluetooth LE and the Beacon

Bluetooth Low Energy (BLE) is a short-range, low-energy technology that uses beacons to transmit signals based on the Bluetooth 4.0 specification. It differs from the Bluetooth we’re all used to, the one that connects our headsets to our devices, in that it’s designed to preserve battery life and use sensors.

Mobile devices use ranging to estimate the distance from a beacon. A beacon doesn’t provide a GPS coordinate, instead it estimates your proximity. So if your Mobile App detects multiple beacons, it can approximate where you are based on the distance to each beacon.

Getting the Contextual Message

Beacons give you the ability to offer an experience based on the user’s proximity to something. Knowing exactly what that person is near becomes very useful, in that it helps you capture their intent.

In the Virgin Atlantic example, an Upper Class passenger is nearing security and their intent is likely to pass through the security checkpoint. An Apple iBeacon in the security area triggers the traveler’s Apple Passbook application and it responds positively by opening their electronic boarding pass. 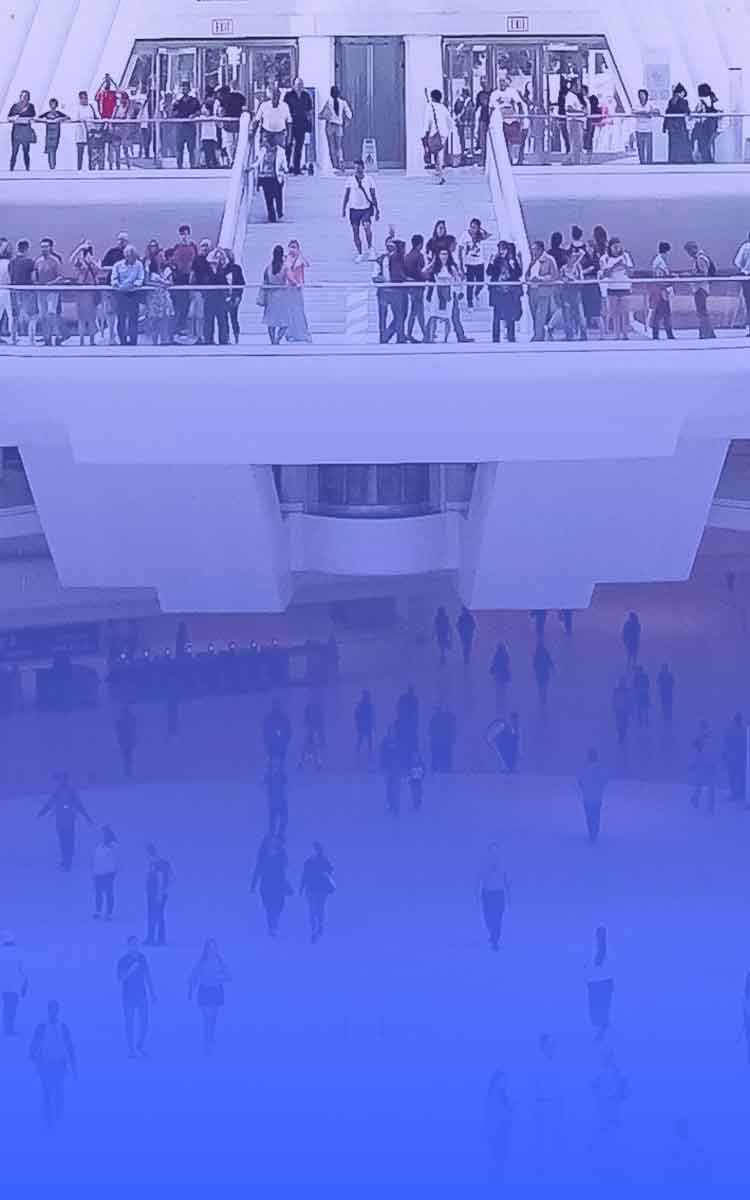 ABOUT THE AUTHOR
Shane George
Shane is an account manager with a passion for technology and a methodical approach to business. His top priority? To understand your needs and be your trusted advisor – he will ensure your goals are achieved. Out of the office you can find him on the court playing ball or sitting back and working on his next writing project.
Featured Articles Fresh Off the Press
Healthcare, Mapping
January 1, 2019

How Wayfinding is Improving Efficiencies & the Patient Experience

Read in 12 Minutes
© 2022 Inpixon. All Rights Reserved.|Privacy Policy|Do Not Sell My Personal Information