Indoor Insights: How to Work With Randomized Devices

A key part of achieving indoor intelligence comes from understanding the way people move through indoor spaces. The ability to visualize the movement of people throughout buildings can provide organizations with highly valuable information about who is in your space, their dwell times, return visits, and other key metrics. From enhancing security to optimizing efficiencies, these insights are invaluable across industries. By leveraging an indoor intelligence platform with indoor positioning and indoor mapping technology, it becomes possible to visualize this kind of data and turn it into actionable insights. 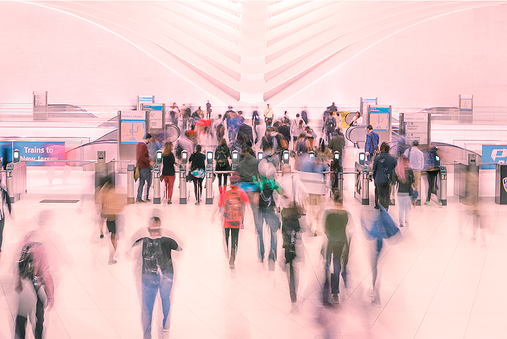 To capture this data, we depend on identifying and visualizing personal devices within a space, but it’s important to understand the regulations and restrictions that come with that. For example, many devices have a feature to protect users’ personally identifiable information, wherein they broadcast randomly generated numbers to obfuscate the device’s real unique identifier. These are called ‘randomized devices’ which remain randomized until they are ‘unmasked’. Once the device connects to a WiFi network, the ID becomes a known lasting identifiable device. Because the IDs are not static, the randomized devices become unfollowable, and it’s not possible to know how often a visitor returns or how much time they spend in your space.

The big question for organizations is: Do you choose to ignore randomized devices in your analytics, or work with them? At Inpixon, we’ve elected to work with them, and have been awarded a patent in this space.

If you choose to collect randomized IDs, you don’t get the same level of insight for those devices as you do the known ones, because the IDs can change as often as every few seconds, but what you do get is a snapshot of the total number of devices transmitting at a given time. We can also combine this with optical sensors, which have highly accurate footfall counters, to get a true sense of the total number of people in a space, accounting for those with and without devices. This data can be extremely important in situations where personal identification isn’t the goal, such as monitoring no-phone zones, or places where it's a matter of public safety. For example, if you can see a device transmitting from within a restricted train tunnel, that information could be the means by which you’re able to save a life.

By paying attention to the total number of transmissions at any given time, you can then subtract the known, non-randomized devices from the total to do better spatial analytics. While you cannot follow a randomized device, it can tell you what kind of sample size you’re working with, and can provide more information down the road. Different phones approach randomization differently, and in some instances, the way they are configured can lay a trail of digital breadcrumbs that matches their activity records on acceptance of your WiFi network’s terms and conditions. For instance, it is possible to match an Android device’s randomized data to it’s unique ID after it is derandomized, effectively putting a ‘face’ to the previously randomized data. You would not have access to this information if you chose to ignore randomized devices.

By working with randomized devices in this way, we can create more accurate data extrapolations about the ways and frequency with which people engage with a space, whilst also respecting privacy regulations.

Mobile Devices and the Future of Indoor Navigation