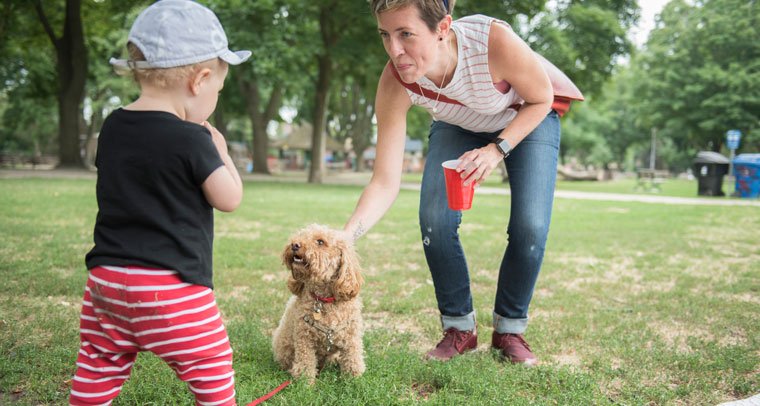 There is a lot of uncertainty in becoming a mom for the first time. Limiting that uncertainty in the tech industry is crucial to recruiting and retaining talented women. Which brings me to my story.

In 2016, I started a new job. I spent my first two quarters at Jibestream implementing my grand plans, then bam! I found out I was with child.

My first trimester was an interesting mix of a) being in shock b) feeling awful and c) trying to act completely normal around my coworkers. No easy feat!  When it came time to share the news, I was nervous. At the time, my company didn’t have a formal parental leave policy in place. I was a strategic hire and needing a year off was kind of a big deal. To my relief, my boss was genuinely congratulatory.

Over, the next six months I documented, planned, and trained the colleagues who would be sharing my responsibilities. Our HR team formalized the company’s parental leave policy, giving myself and my colleagues more clarity. I knew my job would look different when I returned, and that was okay. Change is par for the course in a time of growth, right?

What didn’t sit as well was putting my career on hold. Would I be able to catch up? Would I be given the chance to? Either way, I had more pressing changes to deal with. My return date was scheduled and after the best going away party, off I went.

A year is a long time, and as I was walking out of the office, it felt like it was going to be forever. Once the baby came though, I didn’t think about work as I was busy being a new mother. But as they say, time flies when you’re having fun.

Throughout the year, major developments were communicated to me in real-time, and as my return date approached, the team reached out to me in a more official capacity. As expected, a lot had changed, but upon my return we had the chance to define my new responsibilities together, and it was invaluable. As I mentioned, it wasn’t the change I feared, but not knowing where I fit in the new world.

The New World Order After Returning From Parental Leave

Then it happens. Back to work and starting daycare. Two pretty big transitions happening simultaneously. On one hand, I was worried about whether I could still write coherently or be with adults all day, and on the other, I have to leave my baby!

The first few weeks back to work were hazy. In fact, for my first two days back to work, I was at home caring for a sick baby (damn you daycare germs!). My bosses and colleagues were so supportive throughout the entire process, making the transition not only doable, but way less overwhelming than it would have been without their support. After weeks of shadowing the team, taking in what I had missed, and adjusting from nap schedules to meetings and deliverables, I was getting back to the old me. Transition complete (ish).

Fast forward to today, six months back in. Have I caught up? I think so. Has my success been impacted? Well, I think my definition of success has changed. I’m proud to say it now includes working for a tech company with a formal parental policy, supporting women through the incredible journey of becoming a mom.

Formalize Parental Leave at Your Workplace

One of the first steps a company can take to build a workplace that supports women and families is to formalize a parental leave policy.  We recommend looking at The Expecting Playbook developed by Anna MacKenzie and Ella Goravelov as a starting guide for your parental policy. This will help you and your employer create visibility and support for families at your organization.

ABOUT THE AUTHOR
Lesley Browne
Lesley is an accomplished, self-directed leader with extensive experience in Client Services. As an innate problem solver she thrives when working with people and process and is passionate about scaling Customer Success through rapid growth. Lesley keeps busy during off time with her hobby du jour. To various degrees of success, these include electric guitar, knitting and most recently gardening.
Featured Articles Fresh Off the Press
Mapping
November 4, 2015

What is Map Digitization & How is it Done?

Read in 4 Minutes
© 2022 Inpixon. All Rights Reserved.|Privacy Policy|Do Not Sell My Personal Information