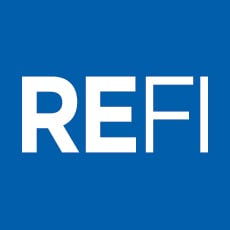 Inpixon, a tech company that utilizes sensor and data analytics to help brick and mortar retailers promote a better experience for customers, is hoping to better connect consumers with bricks and mortar stores. “To make properties more connected with customers is part of the retail revolution,” said Souyma Das, chief marketing officer of Inpixon. “Amazon is an example of one of the world’s biggest online retailers getting into brick and mortar.”

A quarter of U.S. shopping malls are expected to close by 2020, according to a report by Credit Suisse. Through use of sensor technology, property owners can learn consumer behavior and leverage analytics to determine the best placement for attractions and store locations, in terms of both drawing in the right consumers and keeping people moving throughout the mall, noted Das.

The company, which calls itself the GPS of the indoors, uses cellular, WiFi, and Bluetooth signals to capture data points with the aim of delivering  a detailed trajectory of the customer’s shopping journey. “We can also enable linkups for augmented reality, creating a website-like environment in the store,” said Das. “We allow for a directional exchange of information between the manufacturer and consumer.”

Collecting customer data brings up the question of customer consent, which Das says Inpixon stays within the lines of the law. “Inpixon captures pings from devices anonymously, and unless an individual has signed up for the retailer’s frequent buyer club, no personal information is collected. The information collected is where they’re standing and where they’re heading – it has nothing to do with personal data.”

Inpixon isn’t just for malls – the technology is also useful for tracking crowd flows at airports and other indoor environments, noted Das. “Inpixon allows retailers to plan accordingly using creative analytics,” he added. “Malls and retailers have a responsibility to understand customer requirements, and use tech to provide that.”

There’s also a security aspect to Inpixon’s story. “WiFi gadgets can become waypoints for bad guys to gain entry into databases, like what happened with Target’s entry through an IP-enabled HVAC system,” added Das. “Inpixon detects all devices present in an environment – they must be authorized to be used or an unknown device alert is sent to security.” Through Inpixon, alerts can also be set for expensive pieces of equipment so that the system is notified when it is moved.

The firm’s clients include nine malls in North America and Europe, at 17 U.S. Federal agencies, and at community bank branches as far as Hawaii. Inpixon is powered over the Internet, so the installation is minimal, with just a small white box that is added to the interior space.

Inpixon’s competitors all operate using WiFi technology, which has severe limitations, said Das. “The concept of using WiFi as an information node for visitors has been used for a while, and is not very precise – it requires that the customer sign on to the WiFi, and with cell phone companies providing more aggressive and cheaper data lines, people aren’t running around and hunting down free WiFi anymore,” added Das. “The resulting analytics are not adequate for the merchant to make a decision upon.”

Brick-and-Mortar Retail is Still Kicking: How to Help Attract Customers to Physical Stores