Wander through any of the myriad of technology news and blog sites these days and you’re bound to stumble into the term “context-aware.” With everything from network security tools and mobile apps to smart watches and thermostats touting the ability, it’s hard not to trip over it. So what is this magical new cognizance that device manufacturers, software developers and pundits all seem to believe is going to revolutionize our digital lives? 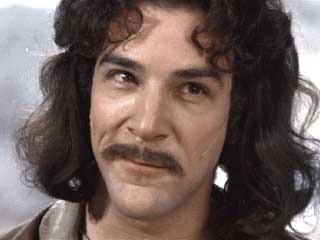 “You keep using that word. I do not think it means what you think it means.”
— Inigo Montoya speaking to Vizzini the Sicilian in The Princess Bride[/caption]

Well, that depends on who you ask.

In the case of cybersecurity, “context aware” frequently refers to features in systems that let them assess what a piece of software or hardware can do versus what it should do (or not do) and determine whether it’s a threat or not. For mobile or wearable things “context” usually applies to delivering alerts (like travel time to a meeting on your calendar) based on your current location. And when it comes to “smart” devices it’s usually a proximity action like turning up the heat or the lights when you’re nearby.

These are all cool features to be sure, but are they really “context-aware?” To paraphrase Señor Montoya, I don’t think so.

“Context” is the set of circumstances that define a particular setting, event or idea. A restaurant is a location. At a restaurant for lunch with a business colleague is a context. At the same restaurant for a date? Same location, completely different context. Snapping a photo and uploading it to the web is just an action. It’s whether you’re in the lunch room or the boardroom while you’re doing it that provides the context. Even entering your unlit smart home can have different contexts (home from the movies or sneaking in late?).

The truth is most of the things being touted as “context-aware” aren’t really “aware” of context at all, they’re just using a fixed input like time, location or action to trigger a standard response. Real contextual awareness requires connecting those measures with variable ones like personal preferences and intent to define a situation and generate a unique behavior or action (or lack thereof) in response.

Exercise or attempted robbery?
So why single out “context-aware” for special attention? After all, it’s not like it’s the first time companies have latched on to some buzzy jargon to add a little sex appeal to what would otherwise be nifty, but utilitarian products, right? Because “context,” unlike other techy catchphrases, is actually important. It’s the difference between a good impression and embarrassment, closing a big deal versus losing one, even healthy activity versus grave bodily harm. There’s a big difference between going for a jog and fleeing from an attacker. If your fitness band was actually context-aware it would be dialing 911 instead of uploading how far you ran to Facebook.

The problem is, of course, defining context isn’t as simple as we humans make it out to be. As people we’re able to absorb a whole bunch of conditions and formulate an appropriate response. Apps and connected things, on the other hand, just do what they were designed to do without regard to nuances that might make the action unnecessary (your date doesn’t like Ethiopian food, so don’t suggest those restaurants), undesirable (turning on the lights in the house when you’re trying to sneak in after a late night), or stupid (Facebooking the course you ran through the park when attempting to escape a robber).

Sorry Vizzini. You can repeat the words as often as you want, but no app or connected thing is ever going to be “context-aware.”

Context Awareness by Platform
Just because individual things can’t be context-aware doesn’t mean that the concept is science fiction. On the contrary, it’s becoming a reality, not as “a” thing, but as a cognizant web of information, software and devices that determines the “who,” “where,” “when,” and “why” of a setting, frames the context, and chooses “what” and “how” to respond via a combination of apps and connected things.

Users of Google’s Now service are getting a peek at just such a platform. Using the trove of information Google has in user’s calendars, email, maps, search history and so on it can autonomously pop alerts for things like travel times and traffic to appointments, flight schedules, entertainment and more based on the time and your location. Even though it’s not capable of determining context or interacting with other things, Google Now hints at what’s to come.

Expect the real breakthroughs to arrive in the next year or so as the “context-aware platform” (CAP) goes mainstream. A CAP doesn’t actually perform a specific function like apps and connected devices do (check-in, detect malware, turn on a light, track heartrate, etc.) Instead it acts like a sort of a distributed “brain” that inter-connects these things and triggers them in unique combinations based on preferences and intents mobile devices glean from their owners (i.e., “contexts”). With a context-aware platform phones and tablets actually become “smart” companions because they can frame situation and modify their behavior accordingly.

It may sound like something out of a SciFi movie, but thanks to CAPs in the very near future your phone will know things like you’re a compulsive photobug and automatically turn off SnapChat when you’re in a meeting, you don’t want all the lights in the house turned on when you're creeping in after a late night clubbing, and if you’re running full speed through the park screaming “help!” you’re not doing it for the exercise.[/fusion_builder_column][/fusion_builder_row][/fusion_builder_container]

The Importance of Situational Awareness of Devices in Emergency Situations